But the main problem lies elsewhere…

Linked by its status to a fine arts school, a residence and a media library, the Villa Arson highlights relationships between artistic creation, teaching, research and experimentation. Exhibitions are the result of either internal projects or collaborations with external organisations and rely on the presence of artists in residence. Invitations are also extended to researchers wishing to conduct original experiments on site, as was the case in 2010 with Jean-Pierre Cometti’s seminar and exhibition "Double Bind / Arrêtez d'essayer me comprendre!"

Eric Mangion: In recent years there’s been a lot of talk about research in art. Not so long ago we were still using the terms experimenting or experimental art to say the same thing. What are your thoughts about these three “companion” expressions, which in fact may not be as companionable as all that? 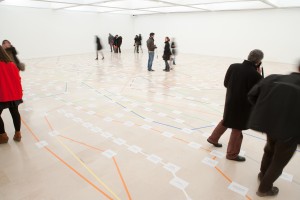 Jean-Pierre Cometti: It seems to me that the word “research” started being used when it was decided that art schools would become part of the LMD system (the Licence-Master-Doctorat organization). “Experimenting” dates further back and refers more to the circumstances in which artists turned towards new approaches, or having the reputation of being new, and whose signification was related to the issues they were raising in various and hypothetical ways, without necessarily culminating in an object capable of containing and exhausting its meaning.
Nonetheless these expressions are “companions”, as you say, since experimenting in general, and “experimental art” in particular, are also a type of research, which could be defined as practices striving to answer a specific problem opening onto various possibilities, whether concerning fields of knowledge or practical – even formal – inventions. However, even though these words are “companions”, I’m not sure that the ways in which they are used always are. Research today, in science or industry, has to fulfill goals that, as we know, rarely correspond to what scientists call “fundamental” research, which should be free from any predetermined, constraining goal, catering to limited interests. This results in an exaggerated concern for performance and in selection, in the name of a profoundly instrumental logic of excellence. This aspect is certainly the one which artists should be the most wary of. But the main problem lies elsewhere. My biggest concern is with our habit of blindly opposing, in various situations, intelligence  or understanding on one hand, and sensitivity on the other. So that what we fear in the notion of “research” would be a kind of obligation that one considers as being contrary to the artistic process and to what one sees as the “sensitive”. One will never have done stressing the damage brought about by this word and the dichotomies that have sprung from it, and firstly the opposition between art and knowledge, or even thought, as two distinct and antagonistic extremes. But we don’t have intellect on one side and sensitivity on the other. Art is no more a stranger to knowledge than science is a stranger to invention and imagination. One must eradicate these false oppositions. 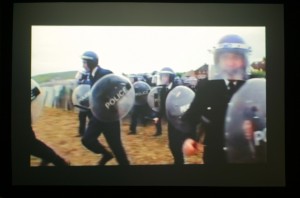 The proposal to do research, once the risks incurred at the hands of leading authorities and dominant interests have been clearly understood, can also be a great opportunity, a challenge. In 1910 a perplexed Robert Musil observed the negative reactions of most writers regarding the image of scientific thought, for reasons that were more or less the same. “We holler in favor of feeling against the intellect, he wrote, and forget that without the intellect, and with very few exceptions, feeling is nothing but air.” It would be a shame if such an invocation to do research were to lock us up in a similar dead-end. At any rate it would be better to meet the challenge than to shrivel up into an attitude of defiance and withdrawal perpetuating oppositions that art has in fact long considered of no consequence. But I fully realize that this doesn’t answer the question of defining research or experimentation in art.

EM: “Neither revelation, nor religious ecstasy, nor surpassing of thought or language, nor sensitive side of the concept, nor allegorical experience or utopian pre-figuration of a world rid of every instrumental form of rationality”, you claim that art happens through “experiences”. On a concrete level, what are these experiences? And in what way do they contribute to what we know as experimentation? 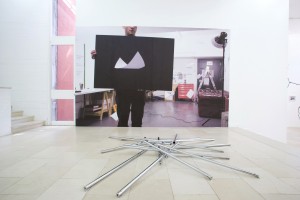 JPC: Indeed I would say that art happens through “experiences”, but in the sense that it is nothing more than that. But I’m already going too far, because it seems to me that one should exclude any essence and any essentialism. There will always be people surrendering to all sorts of vaticinations. Even though they did not always refrain from this, the avant-gardes have at least enabled us to understand two things. Firstly the vanity of what we project onto art, I mean the contingency of what we put in it, without it even occurring to us that things might be different; secondly, the fact that what we call art is a series of non-exclusive practices and approaches, which are not exhausted by producing an object through which they could accomplish themselves and establish their sublimity and their status. These practices are experimental, the approach is that of experimentation, in the sense that they open up and test possibilities that do not answer a pre-existing model, nor do they answer norms predetermining a system of means and ends. The difference with what we usually call “experimentation”, for example in science, is that this kind of approach is not directly geared towards producing knowledge; but this does not in any way signify that they don’t pertain to knowledge. One can easily be convinced of this. In science and in philosophy, we have what are called “thought experiments”. A thought experiment means introducing an unrealized (counterfactual) possibility in the reasoning process, and estimating its consequences were it to be realized. This type of approach makes it possible to open up the concept of knowledge and to enrich it by allowing for wider and more inclusive forms of understanding. This is the privilege of fiction, and also of art. An interesting approach or work (obviously they are all interesting to some degree) resembles a thought experiment, including when it isn’t dealing only with thought. It introduces and experiments possibilities allowing for a re-constellation of beliefs, habits, and experience in general. Knowledge does not reside only in the well delineated field of facts and concepts backed by reasoning and science. However I would like to say one more thing about what I’ve called “experience”, concerning another aspect of the problem. An “experience” is a specific configuration of feelings, perceptions and thoughts which come together in a given “situation”, at a given time, and in a specific context. Art, no matter how you look at it, can only be understood and appreciated in a context, through the “experience” that it provides to a given audience, at a given time and in a given context. Should this “experience” be considered to be of a one and only kind ? I shall leave this question aside for now. In any case it seems to me that an art center provides or should provide (I don’t know) the following two possibilities: a possibility for experimentation, including through any kind of research that can be implemented (historical, documental, interpretative or theoretical), and the possibility for visitors to have  “experiences”, in an open and active way, as an answer to its own experimental programs. 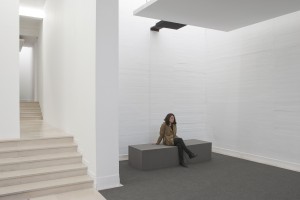 EM: Do you agree with Nelson Goodman’s famous theory in favor of “when is art?” rather than “what is art?”? Does this mean that art can only be read through its surrounding parameters: its critical analysis, its exhibition context, its relation to a market or to its modes of production? And if this is the case, wouldn’t such a reflection pertain more to anthropology than to aesthetics?

JPC: I do agree with Goodman’s preference for the question “when”. The question “what?” has only led to dead ends or misunderstandings. Beyond this preference, however, lies the question of what is the best way to understand a work of art — but this question deals with judgments and evaluations concerning it, in other words essentially with art criticism — and the question of clarifying in a more general way the kinds of conditions that are implicated when we grant artistic signification to an object or action; the modes of acknowledgment that are at work, the interests and values invested in this acknowledgment, as well as the behaviors, the beliefs and desires related to it. These are questions that we may consider as philosophical, but as you suggest they do require a sociological and anthropological viewpoint. 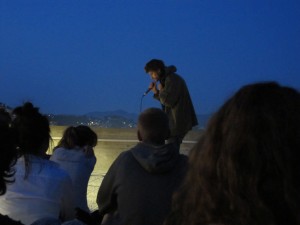 Perhaps art criticism can do without such a requirement, although that would be exposing itself to a certain blindness concerning the conditions implicated in its own approach. “Aesthetics” – if this word refers to the fact of reflecting upon art and upon the practice of art — cannot, for that would be giving in to outmoded theories that are unfortunately still weighing down the philosophy of art. If we believe in the possibility of reflecting in such a manner as to lead the way to a higher consciousness — or even better knowledge — of its approaches and what is at stake, I think this is unavoidable. But here I am only skimming over a few aspects of a field of reflection and research which includes many others, and firstly the study of the process in itself and the way in which it becomes inscribed in the wider context of other practices and other interests to which they might be linked, as is often the case. It seems to me that art centers must open up to these issues, at least if we believe that knowledge and the enrichment of knowledge is also a part of it, on top of the missions of experimentation and research that we discussed previously. How can this be done? This is obviously another question. To conclude on Nelson Goodman’s suggestions, perhaps one should specify that Goodman’s philosophy does not go that far, not because of some sort of incapacity, but because Goodman’s reflection concentrated on the logic behind the workings of a work of art. The kinds of questions that I have stressed are a complement to his reflection: an anthropological complement, in fact.

Jean-Pierre Cometti, philosopher and translator, is the author of several studies on art and the current state of art.

Eric Mangion is currently Director of Villa Arson art centre. He’s also art critics and curator. He has curated several exhibitions held in France or abroad. Since 2009 He has been leading research into disappearance as an artistic gesture (erasure, destruction, theft, covering, vandalism, loss…)