Parc Saint Léger is located in a rural area and sees itself as a laboratory, fully committed to its artists and concerned with establishing effective dialogue within the territory. Multi-role artist Aurélien Mole has collaborated with the centre d’art for several years now and was invited in two capacities: he has worked as an In Situ exhibition photographer since 2007 and contributed to the Minusubliminus Hors les Murs project in 2011. Also a critic and art historian, here, Aurélien Mole ponders the role of rural centres d’art in a unique and prospective way, seeing them as producers of knowledge on the fringes of society.

My name is Aurélien Mole; I am an art historian. I am currently finishing my doctorate, which I must present to the jury in September 2075. I am engaged in the international campaign for the retrieval of digital archives following the Great Crash of 2055. What differentiates me from my peers, who were involved in the same operation half a century earlier, stems from this act of cyber terrorism that caused a hiatus in human progress.

Just like Gutenberg’s invention in its time, the profound change in humanity’s relationship to information was nonetheless a fluid transition. The power of computers had consistently increased, while their components became increasingly minute. In the early 1980s, this growth, combined with telecommunication networks, had allowed remote workstations at distances of several hundreds of kilometres to become interconnected. Consequently, the pass-band had increased in conjunction with the power of microprocessors and the office computer had become a family tool, with individuals thus becoming their own typists. While the slow speed of the early Internet connections now makes us smile, the amount of information that could be exchanged increased to light speed with the advent of fibre optics. In less than twenty years, communication habits completely changed, allowing each individual to become a potential transmitter of information. Hence the quantity of data produced exploded. Data centres, discreet buildings containing hundreds of thousands of interconnected servers were multiplied, without ever coming close to saturation point. Virtual storage, then known as “clouds”, allowed individuals to own an online space in which to accumulate their data. Naturally, the media of the 20th century suffered from this IT infatuation and in 2030, Le Monde published its last paper edition. Soon after, Google and its robots decided to undertake a colossal digitisation campaign. Whosoever wanted to get rid of their home library could call on their services. Movers came to your house and packed up your books, they loaded the cartons into a white truck and, within a few weeks, you received an address via Internet, where you could access your digitised and classified library: all this was free of charge. Advertisements showed fleets of immaculate vehicles unloading the cartons onto conveyor belts in huge warehouses on the outskirts of cities. Each book was scanned by a Google robot capable of accessing its content without even opening it. What became of the books after that was not shown.

The few reservations that had accompanied the publication of this offer of services were summarily swept aside. 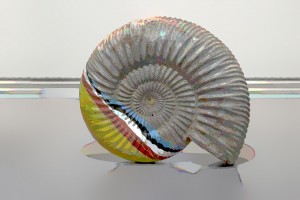 Whosoever inherited a library preferred to consult it in digital form. In around 2040, Google announced that it had digitised most of the books published since 1950. In 2045, another announcement informed the public that it had digitised all of the books published since the Gutenberg Bible. Of course, this gigantic digitisation campaign had its blind spots: lesser-known books, fanzines and artists’ books slipped through the net. So what! The work that had been accomplished was gargantuan and the quantity of the works present on the Google servers was immeasurable. 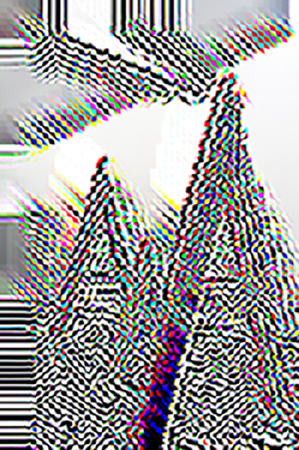 Faced with this new accessibility of data, governments were forced to modernise their disparate forms of copyright legislation. Several international meetings were held and, following bitter debates, it was decided that authors would be given lump-sum payments in exchange for free access to the data. The first global tax was thus added to Internet subscriptions in order to finance this ambitious project. Several years later, the reliability of the service encouraged certain national archives to merge with the giant of the digital industry. The access via terminals had already reduced the audience attendance of these institutions, whose conditions of conservation were severely degraded owing to budgetary constraints. All of this paved the way for the Great Crash.

Voices had already been raised against the monopolisation of knowledge by a private group; in France the parliamentary group Anonymous became renowned for leaving the National Assembly, never to return. Petitions had been signed by millions of people, without managing to affect the progression of events. In the face of such powerlessness, some chose to go underground. Several small groups of cyber-terrorists thus emerged, and very soon one of these stood out from the others through the symbolic power of its attacks. 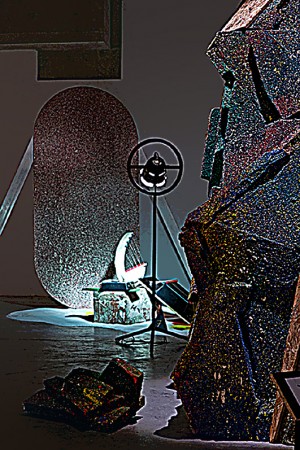 The Archivist, as it was called, first attacked online data with the aid of sophisticated viruses inspired by Oulipo, a literary group from the latter half of the 20th century. Their viruses did not destroy the digital archives but imposed modifications to them that encrypted their meaning. But it was with the first physical attack on the buildings containing the servers that they really made their mark on the collective memory. With the help of ‘insider’ accomplices, they managed to place an EMP bomb inside one of the Google buildings. The explosion caused an electromagnetic pulse that made all of the electrical instruments within a perimeter of several blocks fail. The data on the servers was wiped instantaneously. Naturally, this data was not only present in this location, so 80% of it was able to be reconstituted. However, this hole in the IT grid caused an increase in traffic on several storage units directly connected to the latter, and these had to be disconnected while the network was brought back under control. Similar attacks took place in the early 2050s, and then they became less frequent, before disappearing altogether in the year 2054. 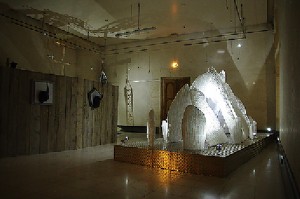 On January 1, 2055, a coordinated attack blew up 60% of the data centres around the world, while the 40% that were spared were closed down in an attempt to curb the flood of requests that reached them in an instant. We now know that the EMP bombs were hidden in storage units that all came from the same manufacturer, SUN YOUNG, located in Korea. This company, a leader in DNA storage, had managed to sign several agreements that accorded them a virtual monopoly in the field of data conservation. The confusion that ensued following the explosion allowed The Archivist to take control of several Iranian nuclear warheads that they exploded in the stratosphere above the 30 largest cities in the world, irremediably destroying all of the information contained on electronic media.

Such an event was only possible because an attack on such a grand scale had never been anticipated. It took several years to re-establish electrical networks, and in the meantime, most societies came under a regime of martial law intended to maintain order. It would not have taken much for the world to fall into total anarchy.

It was not the attack that precipitated Google’s demise, but the scandal that ensued when Xi-Lin, the CEO, announced that only the most important books had been preserved, while the rest went to pulp. Naturally the group’s conservation policy was highly erratic. Initially, the task had been entrusted to historians, but the amount of books immediately surpassed their capacities and, for economic reasons, it was then assigned to machines, whose choices were based on algorithms deduced from requests submitted online. 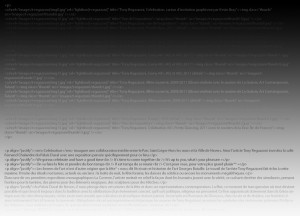 At this time, museums thus experienced a revival in attendance, since no images of artworks, documents or traces of knowledge now remained in circulation. Once a semblance of civil peace was restored and the most essential needs were satisfied, the European community favoured the professions related to history to attempt to recover and safeguard a maximum of information from before the Crash. The trades of historian and electrician were among the most well paid professions in the 2060s (by current standards). Since the attacked were aimed at capitals and megalopolises, the information available in these places was virtually nil. Therefore, places that were far from the big cities were suddenly considered to be great mines of knowledge.

Having embraced the career of art historian, along with several tens of thousands of my peers, I specialised in the digital archaeology of art centres. As part of the international campaign that aims to reconstitute archives, I was assigned to the Nièvre department in France, more specifically to the Parc Saint Léger, located in the village of Pougues-les-Eaux. 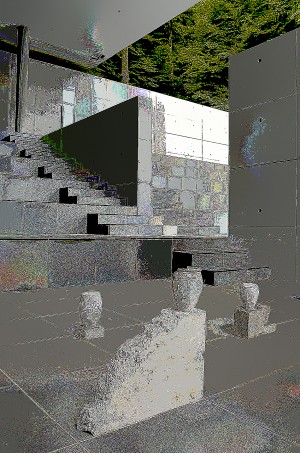 Besides a few paper relics, I was able to extract damaged images (but images nonetheless) from the various media there. I travelled to the site several times and in addition to the iconographic and text documents collected, I was able to record oral testimonies from visitors to the art centre. By comparing this data to that of other historians, I realised that the impact of the exhibitions on visitors’ memories was extremely powerful. It was therefore possible for me to extract much more precise information from these testimonies than those obtained from the inhabitants of major urban centres.

Based on the documents and oral sources that I collect from the area surrounding the Parc Saint Léger, I am virtually able to reconstitute what the art centre’s whole programme had been, both inside and outside of its walls. Other historians will use this information to extrapolate a sense of what cultural life was like in Europe between 2000 and 2075, and thus attempt to rewrite history from its margins.